Bed Bugs, known scientifically as Cimex lectularius, are attracted to high levels of carbon dioxide. When humans are sleeping, we exhale a greater amount of carbon dioxide than when awake, which is due to our altered breathing patterns. For this reason, Cimidicae are much more likely to bite at night when carbon dioxide levels are highest.  Because of this, Cimidicae adopted the common name “bed bugs.”

Inspection and Elimination of Bed Bugs

Regular inspections are crucial when creating a pest management plan for the bed bugs invading your home or business. When treating these bed bugs, we will first do a thorough inspection of the suspected area. We will inspect for and confirm an infestation, then craft a strategic pest control plan that fits your specific needs.The expert bed bug exterminators at AAA Exterminating possess the tools and expertise needed to rid your home of bed bugs.

AAA Exterminating offers customized adaptions of our basic bed bug pest control services. We specialize in using Thermal Remediation to expel the threat of bed bugs from your property. This process is safe, environmentally friendly, and incredibly effective. Here’s how it works:

The Thermal Remediation® patented process from TEMP-AIR® uses 100% outside air to create positive pressure within the structure being heat-treated while managing the hot air flow using a configuration of high temperature, ductwork, fans, and a real-time wireless temperature monitoring system. Our process involves raising the internal temperature of the structure between 130°F -140°F. More advantages of this product are:

Thermal Remediation® is an excellent treatment around those with chemical sensitivity, who are pregnant, households with small children, areas that have had multiple chemical treatments and are still infested, those who dry clean their clothing, and those with infested furniture. When you need quality bed bug control, call AAA Exterminating. Call us with any questions and we will be glad to walk you through our process.

We are on your team, and we want you to enjoy pest-free home or business. In order to do this, we ensure that every remaining bed bug is expelled from your premises, giving you peace of mind and powerful protection from the threat of pests.

5 Essential Tips to Protect Your Home From Fleas this Spring

For those of us who live in the colder regions of the country, springtime brings with it milder weather and blooming flowers in our yards and on trees! But warmer… 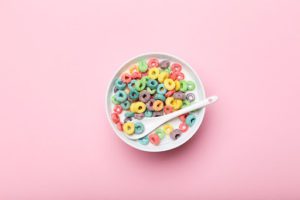 When there’s something creepy floating in your cereal bowl, who ya gonna call?  If you’re thinking of a pest control specialist, you might be onto something—at least when it comes… 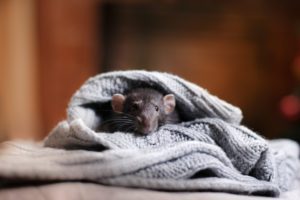 Get Rid of Winter Pests

As winter approaches, we tend to hunker down in our homes. We spend more time watching movies and cozying up, and less time in the great outdoors. While inside, we…